Well hey there. It's been a very long time since I last posted. I blame it on the fact that my amazing journey came to end and the craziness of starting something new at home. Although I now find myself playing back the memories in my head, sifting through photos and wanting to write about some of the amazing things I experienced. I will start with this one because Christmas has just passed and I had the opportunity to display all of my amazing souvenirs in all of their glory.

Hitting up a lot of places? Want to get a little something from each place but don’t want to end up with a big pile of things that will collect dust on your shelves? I may be able to help you out with an idea.

Our plan, right from the start was to live in Germany for a year, travel during our breaks, and then take a month to travel some of the other European countries, before returning home to Canada. Besides Germany, we have already gone to Prague, Czech Republic, and Paris, France (and I hit up Dublin, Ireland on my own) throughout the duration of this visa. That’s already 4 countries worth of souvenir collecting and there are at least 4-5 more on the list. So while a key chain and a few beer glasses  are among the top collectables on my list, I do not need 9 key chains to add to the collection I already have at home. So this time, I have decided I will collect Christmas Ornaments. This ornament might be either a nice glass ball with a local scene painted onto it or a little monument or thing to represent the country, but it must be in Christmas Ornament form. They’re generally small and when you do eventually have your own place and want to get your first Christmas tree, you will actually have ornaments to decorate it.

I’ve received a Christmas ornament every year since I was born and have been told they are mine to take when I eventually move out. That’s 23 ornaments plus all of the new ones that I will purchase abroad. I cannot usually settle on one ornament so I will actually have a few from each country, but hey, I will just have to get a bigger tree. And while I will only get them out and use them once a year, at least they will be used EVERY year, they won’t be left to collect dust/ take up room on a shelf, and then eventually thrown-out to make room for something new. There will always be a spot for them and I will get to relive the memories each year. This is not to say I haven’t purchased/accumulated a few other things as well…beer glasses, coffee mugs, a hoodie, and I will probably get a key chain somewhere, but if that key chain breaks or the hoodie wears out, I will have Christmas.

You might have to look in a few souvenir stores, but they DO sell Christmas ornaments in the off season.

Here are the ornaments I have collected throughout my travels. 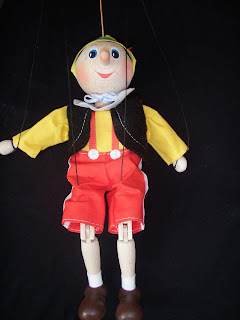 This is an interesting ornament to start with. It's not actually an ornament...it's a marionette. I could not find any ornaments in the stores of the Czech Republic. However, the Czech Republic is known for manufacturing marionettes and I DID find a ton of shops selling them. So I decided to get a Pinocchio (as he is the best known marionette) and I bought the smallest one I could find (still fairly large) and purchased it with the intention of hanging it on my tree. 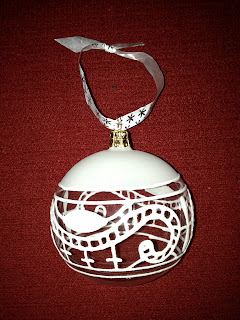 A Ball made out of Czech Glass. There were glass stores all over the city. 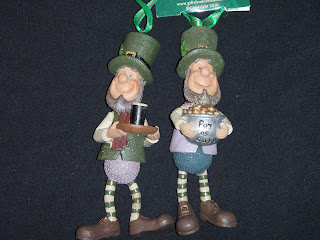 How appropriate that I would find Leprechauns (an Irish myth) holding a pot of gold and a pint of Guinness. 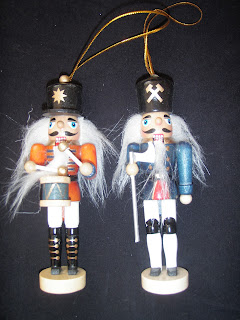 Did you know that Nutcrackers are made in Germany AND that the original story was written by a German? These are what I had set out to find and was determined to get in ornament form. But they weren't the only German ornaments I picked up... 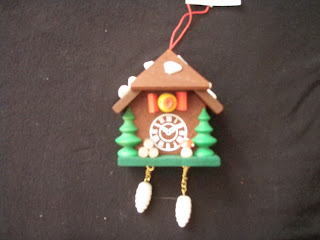 Germany, the second.
Coo-coo Clocks are also a product of Germany. 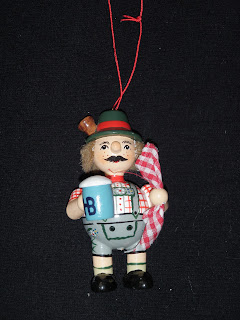 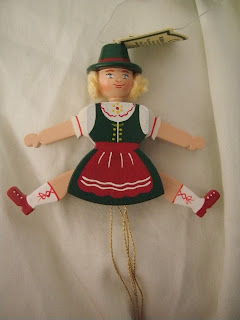 A girl wearing a dirndl and bavarian hat. Dirndl's are very popular in Bavaria. You can see many locals AND tourists dress in these dresses at Oktoberfest, various other beer festivals, and sometimes even just for an everyday outfit. 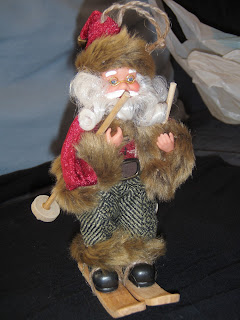 Can you guess which country it came from?
..
The skiing Santa has nothing to do with any of the countries I have visited. However, the majority of the cities in Germany have a month long Christmas market leading up to the holiday and most of the stalls sell Christmas Ornaments. Since these markets are special to Germany, I decided I could purchase extra ornaments whether they represented Germany or not. 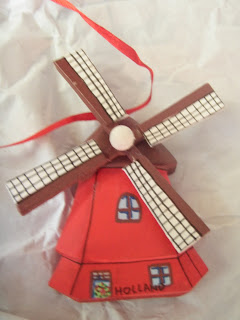 Given the number of windmills all over the Netherlands, I felt this was appropriate. On top of that, Matt and I had the opportunity to visit a working windmill that is used to power a wood saw. The saw cuts through logs which are used to restore local houses. 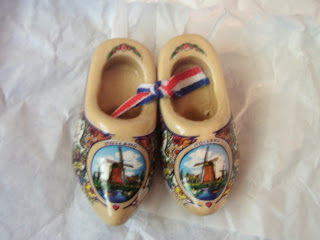 A little pair of wooden shoes, from the wooden shoe store, that showcases how wooden shoes have been being made over the years. 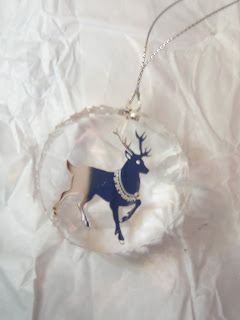 Apparently, Reindeer are a big deal in Finland and Reindeer meat is a popular dish 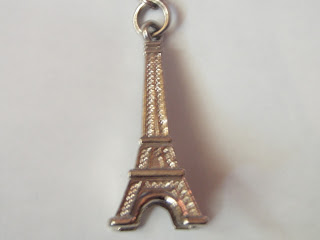 I had  not yet decided to collect ornaments at this point as it was my very first stop, so this key chain of the Eiffel Tower will become an ornament. Also, the Eiffel Tower for France seemed fitting.

The End Result: Germany, Czech Republic, Ireland, Finland, France, and the Netherlands all wrapped into one cute little Christmas tree. And because this is a fake tree, I will admit that it's January 13th, and I have not yet taken it down. 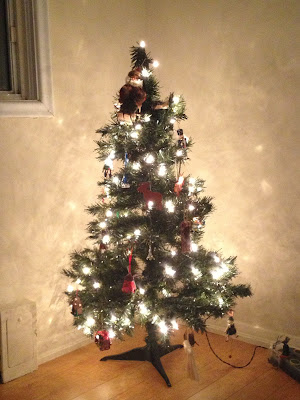 Sadly, I was too sick when I was in Scotland and Spain to concentrate on the hunt for ornaments and so the tree is not quite complete. If there's anyone who wants to find and send me a little Scottish tam or bagpipe ornament, I would forever be grateful.